“Artsakh HEK” OJSC Board of Directors at the regular meeting held on March 24, 2012 has decided to convene General Shareholders’ Meeting of the Company. The meeting will take place on April 30, 2012, at 11:00, 63, Tumanyan Str., Stepanakert. The Board has approved the following agenda for the meeting: Presentation of annual reports (speakers:

Meeting of “Artsakh HEK” OJSC Board of Directors

On March 24th, 2012, the Board of OJSC Artsakh HEK held a regular meeting. The first agenda item presented during the meeting was the issue of profits and losses of the company for 2011.   The second item concerned the projected revenues and expenses estimates of the current year.   On the next agenda item, the 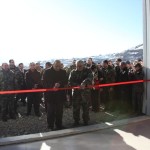 The «Trghi-2» Small Hydro Power Plant opening ceremony was held on January 5, 2012. The ceremony was attended by the NKR President, Bako Sahakyan, and the president of Republic of Armenia, Serzh Sargsyan. The presidents were accompanied by NKR Primer, Ara Harutunyan, and other numerous officials. The red ribbon cutting ceremony, which honored the «Trghi-2» 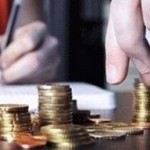 Starting from December 27, 2011, Artsakh HEK OJSC common stocks will be listed on List B of NASDAQ OMX Armenia.

The general number of votes of “Artsakh HEK” OJSC shareholders is 7362074.

Starting from May 11 the second issue of “ARTSAKH HEK” OJSC common stocks will be included in NASDAQ OMX Armenia B list of 11.05.11. The additionally allocated 1,400,000 common shares listing was implemented with the common order of 5,692,074 shares allocated and listed in the past. Thus, currently there are 7,362,074 shares of “Artsakh HEK”