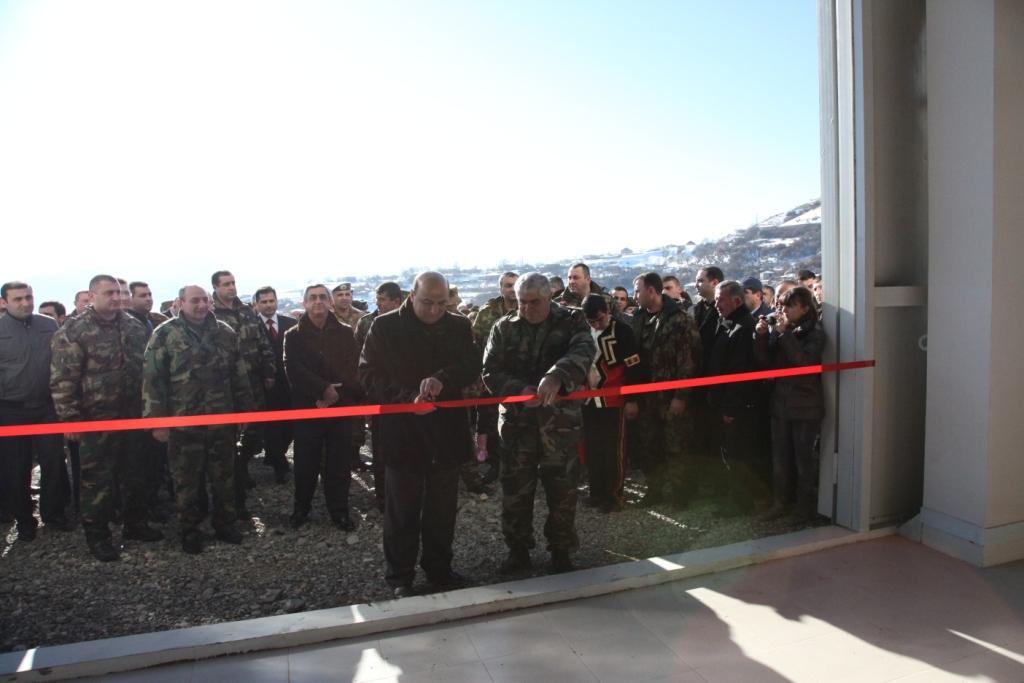 The «Trghi-2» Small Hydro Power Plant opening ceremony was held on January 5, 2012. The ceremony was attended by the NKR President, Bako Sahakyan, and the president of Republic of Armenia, Serzh Sargsyan. The presidents were accompanied by NKR Primer, Ara Harutunyan, and other numerous officials.

The red ribbon cutting ceremony, which honored the «Trghi-2» Small HPP opening ceremony, was conducted by the NKR Deputy Primer, Minister of Finance, Artsakh HEK OJSC Chairman of the Board of Directors, Spartak Tevosyan and the Minister of Energetics and Natural Resources of Republic of Armenia, Armen Movsesyan. The installed capacity of the «Trghi-2» Small HPP is 5.95 MW. The average annual electricity production will be 24 million kW·h.

The plant is equipped with 2 water turbines manufactured in Czech Republic of 2.95 MW capacity. Each plant is supplied with modern systems of automatic machinery and control, which allows operating the HPP through a computer with a single operator.

The «Mataghis-1» and «Mataghis-2» HPPs are planned to be put into operation in the first quarter of 2012.  The works of «Trghi-3» HPP are in the design stage.  After completing the works on «Trghi» and «Mataghis» coordinated hydroelectric system construction, Artsakh HEK OJSC will provide 220 million  kW·h of annual electricity production.